The London Psychiatry Centre / About Us / Fay Kalapoda 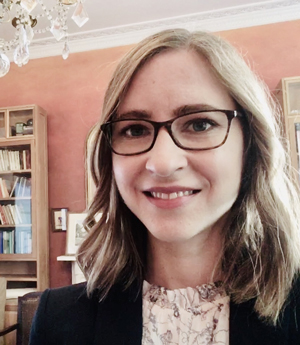 Fay uses an integrative approach combining REBT with other therapies such as mindfulness-based cognitive therapy (MBCT), acceptance and commitment therapy (ACT) and compassion-focused therapy (CFT) while following NICE clinical guidelines so she can offer an individualized evidence-based treatment plan that will suit the needs of each patient.

She has worked in Higher Education institutions for more than 10 years and has gained extensive knowledge and experience in student mental health. She has also worked for a West London Mental Health NHS Trust (in the healthcare unit of Feltham young offender institution) and a London based GP Surgery.

She is an actively involved member of BABCP (British Association for Behavioural and Cognitive Psychotherapies) and AREBT (Association for Rational Emotive Behaviour Therapy) and is bound by their code of ethics. She is the Honorary Secretary and a Committee member of AREBT, the Branch Liaison officer for BABCP’s REBT Special Interest group and a Fellow of Higher Education.