The London Psychiatry Centre / About Us / Dr Andy Zamar 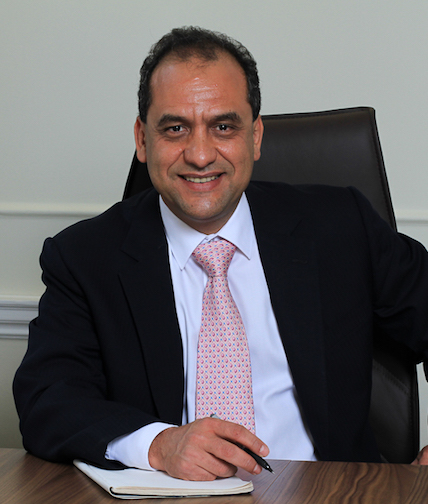 Dr Andy Zamar was born in Egypt to a Greek mother and Lebanese father and was educated at a French Catholic school in Cairo (College Des Freres Saint Jean Baptiste de La Salle). His early exposure to a wide and diverse cultural environment developed into a profound understanding of the varied cultural presentations of distress and psychiatric disorders.

Dr Zamar is triple qualified in medicine in Egypt (Cairo University), the UK and the USA. He is a Member of the Royal College of Psychiatrists and is on their Roll of Honour due to being awarded The Gaskell Gold Medal & Prize. According to the Royal College of Psychiatrists publication, the Psychiatric Bulletin, “The Gaskell Gold Medal & Prize has always been considered one of the foremost academic distinctions in clinical psychiatry”.

Dr Zamar is acknowledged as a world expert in the treatment of resistant affective disorders including depression and bipolar spectrum disorders. He developed a successful protocol for the treatment of mood disorders (patent pending) and was invited by the World Psychiatric Association to lecture on the subject. He also has special expertise in the diagnosis and treatment of adult ADHD, anxiety disorders, Post Traumatic Stress Disorder (PTSD) and adjustment disorders due to exposure to adverse life consequences and distress pursuant to crises such as workplace bullying, extramarital affairs, failed IVF and others. He is fully accredited in EMDR and since 2002, has been treating severe trauma following exposure to adverse civilian events such as accidents, medical/surgical complications, crimes, natural disasters and terrorist attacks as well military events. He also treats sexual dysfunction and offers marital and relationship therapy.

Dr Zamar has held a number of NHS Consultant posts and was a Staff Consultant at the Priory Hospital Roehampton for 10 years where he had a proven record of treating resistant and difficult to treat cases. During his tenure, Dr Zamar introduced a number of recognised interventions and treatments for resistant anxiety disorders, resistant depression, bipolar disorder, PTSD and adult ADHD which remain a standard practice at the Priory till today. He was also appointed Consultant at The London Clinic hospital in Devonshire Place offering an integrated psychiatric service to their patients.

Together with his team, he has introduced and pioneered a number of new technologies to the UK including rTMS and eTNS. He oversaw the introduction of rTMS into the provisional NICE guidelines for the treatment of depression with Dr Rafael Euba acting as the National Advisor for NICE.

Dr Zamar is one of the very few psychiatrists who are truly multilingual. He regularly consults and treats patients in English, French, Italian, Greek, Classical and Colloquial Arabic.