The London Psychiatry Centre / About Us / Dr Christos Kouimtsidis 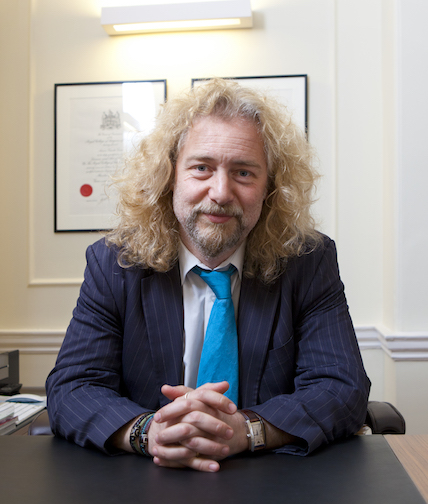 Dr Christos Kouimtsidis is one of the foremost authorities on substance misuse in the UK, having dedicated his career over the last two decades to effective intervention. Over the years he has gained immense experience in the treatment of alcohol dependence; opioid, stimulants and other drugs misuse and dependence; complex cases of co-morbidity of mental health and addiction problems; anxiety, panic disorder, depression and Obsessive Compulsive Disorder. In his clinical practice he combines the expert skills of the Consultant Psychiatrist in mental health with the special skills of the Addiction Psychiatrist.

After qualifying in Medicine in Greece (MBBS equivalent, 1990) Dr Kouimtsidis gained his MSc in Mental Health studies at the University of London (1996) with a specialism in CBT for substance misuse. He completed his basic psychiatric training at Guy’s and St Thomas’s (MRCPsych, 1997).

Dr Kouimtsidis then continued his specialist training in Adult Mental Health at South London and St George’s Mental Health Trust and in Addiction Psychiatry as a Clinical Lecturer at the Section of Addictive Behaviour, St George’s University of London (CCST, 2002). He obtained his PhD at the Institute of Psychiatry, King’s College, London (2009). This doctorate was an investigation of the nature of outcome expectancies in treatment and relapse of alcohol and substance misuse. In 2016 he was honoured by the Royal College of Psychiatrists with a Fellowship.

Dr Kouimtsidis has been involved in much quantitative and qualitative research into substance misuse, having received 5 main research grants of a total of 1 million – including the first ever UK trials of psychosocial intervention within substitution treatment and brief alcohol interventions for people with Learning Disabilities . Other topics include epidemiology research in general hospital, co-morbidity and psychological approaches in addiction, staff and services users’ experiences of treatment provision.

Over the years, Dr Kouimtsidis has received many other awards and honours. In 2009 he received the “Chair’s Award” of his Trust for translating evidence into local clinical innovation, as well as the Governors’ Award for the provision of quality services. His clinical team won the Trust “Team Gold Award” in 2004, 2006 and “Team Bronze Award” in 2008. In 2008 he was shortlisted for the East Anglia Innovation Award for the development of a three staged community alcohol dependence treatment programme based on Cognitive Behaviour Therapy (CBT) groups. In 2015 his Research and Development Department, Surrey and Borders partnership NHS Foundation Trust, received the HSJ 2015 award for clinical research impact.

Dr Kouimtsidis is widely published both in journals and psychiatry books. He has also served as a Reviewer for: British Medical Journal online library (substance misuse), The Psychiatrist, Drugs Education Prevention and Policy and RCPsych Eastern Region Academic Prizes. He has tirelessly raised awareness about the application of Cognitive Behaviour Therapy and has served as the Royal College of Psychiatrists Eastern Region Representative (2006-2012). He was also a Specialist Clinical Addiction Network (SCAN) representative at NICE guidelines development committee on Psychosocial interventions in addiction and opioid detoxification (2005-07).

The awards Dr Kouimtsidis has received in recognition of his effective and respectful working relationships with service users are a testament to his firm commitment to opening patients up to their own strengths and empowering people to overcome their problems and thrive once more.

Publication: Structured Preparation for Detoxification from Alcohol (SPADe); A pre-habilitation approach for the treatment of alcohol dependence.

Patient case study: Read a personal account of addiction recovery from one of Dr Kouimtsidis’s patients.